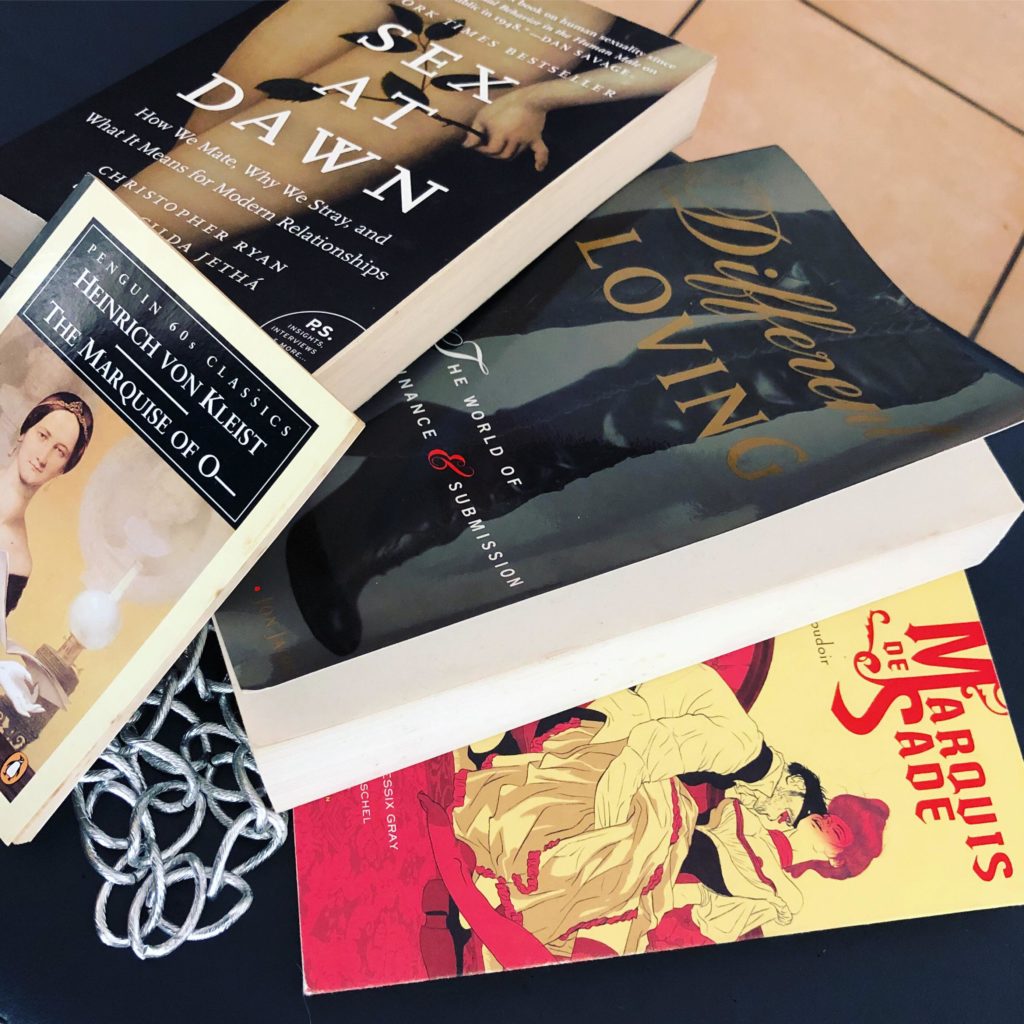 On a sunny afternoon, in the outdoor area of a beautiful cheeky bohemian funky café, a bunch of kinksters (in collaboration with a couple of the café staff of which I can only imagine might’ve been slightly shocked and enlightened with the text we read). Inquisitor, Mistress Katrina and a couple of helpers from the café staff, read aloud specific pages of text from the Marquis de Sade classic ‘Philosophy in the Boudoir’ for the BDSM Book Club inaugural event in SA. Upon first announcement of the text, those in the know gave looks of great surprise and delight, while others were unaware of the level of eroticism and sadism/libertinage they were about to embark on hearing.

The group of 10 were listening to the stories of the libertines and aristocracy involved in the stories, with surprise, delight and a desire to debate. The readers presenting the work took the reading to the next level and interacted and presented with accent, characters, impersonations and theatrics which was very engaging and encouraged people to engage more and listen intently to the text.

By the end of the event there were positive responses with lots of discussion and debate on the themes of the text and discussion of KNOTbound as a charitable organisation. Lots of the attendees mentioned they were likely to attend again asking for future dates and made many suggestions of books, movies, pop culture references and desires to volunteer for other projects. 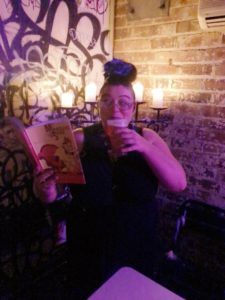 At Greaser Bar in Fortitude Valley QLD, another group was relaxing over food and drink while also pouring over a selection of books brought in for discussion.

The atmosphere was relaxed, the group talkative as they explored ideas, concepts, old familiar themes and new interests.  The great location made for a comfortable atmosphere to discuss and the group parted eager to return and see the Book Club grow over time.

The Victorian launch took place at Hares & Hyenas, an alternative bookstore that has the added delight of serving coffee and drinks.  Arriving to find a table and chairs set up and a pitcher of water with glasses on the table, the group immediately felt welcomed.

Unlike the others, there was no Marquis de Sade discussed! Instead the reading was led with a rarely seen story, ‘You’, from ‘The Book of Edge’, a Leatherman’s personal book of writings.  The intensity of the emotions expressed, which the reader was able to convey to the listeners left everyone silent for a time.  Soft expressions of “Wow” came next, and then a lively discussion of the power of the story and what it meant to each person.

Following this was the reading of an equally intense poem with a discussion of the similarities and differences.  Passages from ‘The Spirit of Kink’ by Lee Harrington were shared and the last reading was from Vi Johnson’s ‘To Love, to Obey, To Serve’ which left everyone again thoughtful.  On breaking up everyone agree to bring another person next time and that the format of multiple readings and discussion worked well and should be continued, allowing a more free flowing format and spontaneous discussion than assigned texts.