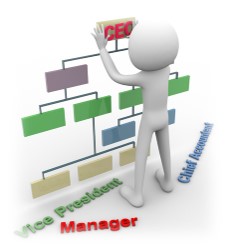 KNOTbound Ltd is a registered public charity with the right to operate nationally and runs under a Board, an Executive Director and an Executive Committee.

The Board oversees governance and provides guidance as well as focusing on funding sources for the company’s many initiatives.   The Board are the legal members of the company and Board votes are binding on the company.  The Board is elected by existing Directors and is intended to be seven to nine members. The Board is an entity tasked with the following four areas of governance:

To provide stability of guidance and direction to the organisation, the Board will not be up for general elections although the community may be engaged in making nominations for the Board if a Board seat becomes open. The Board will vote on all nominations after a careful interview process of all nominees to ensure that the goals and objectives of the organisation are understood and that the nominee is a good “fit” to the culture the organisation seeks to establish and maintain as well as bringing in the level of skill and knowledge required for the Board to function at an optimal level.

The requirements for nomination to the Board are available on request.

The Executive Committee is made up of representatives of the community that have expressed an interest in being part of the executive commitee and bring executive level skills to the organisation.  The Executive Director interviews and appoints the executive committee which is also  approved by the Board.  The Exectutive Committee is responsible for the strategy planning, general guidance and execution of the major initiatives of the organisation and may empower subcommittees and working groups to carry out further work on initiatives. The Executive Committee reports to the Board bimonthly and keeps the Board informed of any major decisions that require Board approval such as the expenditure of  large scale funds or the approval of new major initiatives. The Executive committee, along with the Board, will take under advisement matters raised at the AGM and may take a non binding vote by the subscription members on matters of importance.  Vote results will be taken under advisement when decisions are being considered.

Subcommittees may be made up of any number of volunteers or staff. Subcommittee members may be appointed by the Executive Committee, the Board or by applying to be on a subcommittee and subsequently being accepted. Any member of the community may be a member of a subcommittee and community members are encouraged to review the initiatives of the organisation regularly to see if there are special interest areas they would like to contribute to.